Correct plymouth/boot theme not showing up on boot 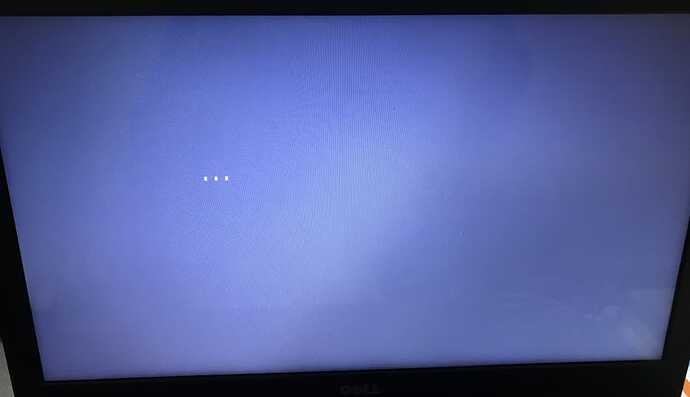 Yeah, just the ellipses changes size and placement for funzies.

Oh..
So you got this issue in your barebones install.
Did you have this in your dragonized install?

I don't use Dragonized. I run Garuda XFCE and then did the barebones (since it's KDE) to test if the Garuda KDE build would function on my machine. On my XFCE install most times I get nothing...then once in a while bird'n-spinny-circles. Once I added the Barebones I get the rando ellipses -sometimes-

I am using KDE barebone right now and am having the issue.

So my question is, what is it the dev have modified to make the plymouth work in Dragonized edition?

They gave it stank eye

The stankiest of DRAGON eyes ;0

How many times do we have to write this?

Garuda Linux Barebones is made for users who do not want extra software and functionalities and complain about bloat. It contains only the bare minimum of packages needed to get started.

(You are on your own, we dont provide any support for Barebones editions!)

Garuda Linux comes with a variety of desktop environments like KDE, Xfce, GNOME, LXQt-kwin, Wayfire, Qtile, BSPWM, i3wm and Sway to choose from.

Vat in De HEZZ is going on with this thread? ;p It's like Katy Perry up in here, hot then it's cold is open then it's closed. ;p

Glad to see it open though because
#1 it happens on non-barebones (I'm on the XFCE release ;p)

#2 just because barebones is an "on your own" situation doesn't change the fact it only shows intermittantly too, just the ellipses when it does while the XFCE does the bird / circles. Also barebones isn't very bare. I expected NO DE but it's got KDE which was surprising but then given that how was I supposed to know the fancy boot screen wasn't supposed to be there? ;p

#3 I've also noticed comically some times the bird / circles is stretched and ooogleh. i.e. 4:3 image filling a 16.9 screen. Kinda silly if the point is to look pretty while indicating stuff is going on. Hey look stretched out derpbird!

#4 I never reported this as a problem i.e. I'd rather not have these things covering up time wasters like stop jobs and the like. I'd rather see what's going on. I got roped into this as a joke on the silliness chit chat. ;p

I want it fixed because, it's working in all other linux installations of mine.
And a good Plymouth is the first impression of a distro.
Though I maybe even ok without a Plymouth, but beginners are going to notice it and noobies might even be startled with the green background stuff on boot

So why not fix it?

You have GRUB_TIMEOUT=5 twice. This one that I've highlighted is:

In the default barebones installation, that I've just downloaded and installed in a virtio KVM.
I'm really unsure the effect of this change / removal of timeout_style.
N.B. The plymouth has so far worked fine.

N.B. The plymouth has so far worked fine.

Did you have a chance to give a look at the relevant Arch Wiki entry and play around, e.g., with ShowDelay in /etc/plymouth/plymouthd.conf? Or the correct hook set-up.
https://wiki.archlinux.org/title/Plymouth#Configuration

I will check it out and report later this day

Which GPU you have
It's specific to GPU used
Also show your
/etc/mkinitcpio.conf

I have a class right now, I will let you know in a couple of hours.

Thank you, @librewish; it worked!
Though one mistake I made was, my AMD Radeon was a discrete GPU, and my integrated GPU was an Intel one, so I just had to replace