Community Testing - Pipewire instead of PulseAudio

I saw this was in potential future to-dos, so I decided to try it on the older laptop. Don't really see the advantage but everything is smooth so far: 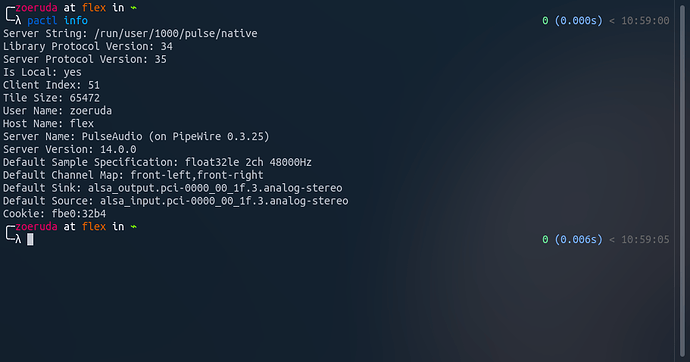 Here is what I did:

Not sure all of these are truly needed, but definitely reinstall plasma-pa for gui volume control. Restart and voila!

Yeah, I've been running three distros which are all pure pipewire (including Garuda) by my own efforts. My needs are modest, but everything works fine for me.

So my bluetooth headphones - two different pairs - have been disconnecting recently. Dunno if an update mucked with them, but this was back on Manjaro. Switched to Garuda, still getting the same problem.

Swapped to Pipewire, they still disconnect, but then they'll reconnect after. No idea if correlation is causation here, but it at least seems like I haven't needed to go reconnect my headphones myself.

Being able to muck with audio processing software without needing to dick with a JACK bridge is enough of a selling point for me. As things get ironed out I'm sure there'll be a big switch among distros and the Arch-based ones will probably be the earlist adopters.

Its very nice to see you guys are testing this! Actually Im using it as well since quite some time, with pretty good success.

Dr460nized-dev is actually what I use, "full" of experimental stuff which isnt ready for wider use yet.
If you want to test something else interesting, there is KwinFT,

The project is a reboot of KWin and KWayland with the explicit goal to be well organized, focused
and using modern techniques and good practice in software development in order to allow the
development team to move faster, serving new fundamental features and code refactors at rapid pace.

Like Pipewire, its a drop-in replacement (for Kwin) - this one Im using longer than a month now

Since details are actually a bit shy on the git page, what does it bring to the table?

Often a symptom of kernel incompatibility. Try a half dozen alternate kernels. Search the forum for your best choices for bluetooth compatibility.

Since details are actually a bit shy on the git page, what does it bring to the table?

In this article are some more information about it:

New versions of the KWinFT projects are available now. Aligned with the release of Plasma 5.20 they offer new features and stability improvements.

So my bluetooth headphones - two different pairs - have been disconnecting recently.

Bluetooth seems to be working fine for me

But that's exactly why I thought it would be a good idea to start this thread, so the devs can have feedback from people who tried it on different hardware.

If you want to test something else interesting, there is KwinFT

I saw that too, but I don't feel brave enough yet. Although I might try to go for the full dr460nized-dev sometime in the future

Thanks, that clarified a lot about the goals and ends of the kwinft

Actually, every time when I install garuda I remove pulseaudio and install pipewire-pulse. Now I even compile the pipewire-full-git version almost every day, and the only issue I got is that my old external Creative souncard doesn't really work, but I think I can figure it out if I use pipewire as a sound server for Alsa, as my chip is clearly supported.